Kanye sang on a plane. Taylor Swift did a Tiny Desk Concert. But the internet had some majestic moments this week.
Highlights: Ciara and Russell Wilson won Halloween, Black opera as architecture, we’ve been waiting for Julia Bullock, how to unlearn, notes on smoking, Condé Nast, the death of Deadspin, inside Hong Kong, the wrong goodbye, and professional cornhole.

I usually don’t pay much attention to Halloween or Halloween costumes but DAMN. Ciara and Russell Wilson REALLY DID THEIR DAMN THING. The couple dressed as Beyoncé and Jay-Z in the “Apeshit” video, which was shot in the Louvre, and used a picture of the Obamas in lieu of the Mona Lisa. I’m not going to lie, it took me a couple of hot seconds to realize it wasn’t Bey and Jay. Bravo.

2. Office: I’m Tired of Being Your Side Bitch: Black Opera As Architecture I unequivocally love opera. It is intuitive and has, perhaps, the greatest ability for the suspension of disbelief among all of the artistic disciplines. Opera is the art form I have the least language for, but the greatest wish to understand. And it is always what I listen to when working through complex, overbearing emotions.
In this discussion, Kimberly Drew brought together “four powerful voices in the world of contemporary opera”: composer/choreographer Richard Kennedy, mezzo-soprano Alicia Hall Moran, vocalist/composer/librettist Imani Uzuri, and opera director Kaneza Schall to talk about how Black opera can be used as architecture for “the future of Black cultural production.” As Kimberly Drew sees it: “Opera doesn’t apologize for how much space it commands. Opera doesn’t work for exposure. Opera holds our attention for as long as it damn well pleases.”

3. New York Times: ‘This Is Who We’ve Been Waiting For’: A Diva on the Precipice I love Julia Bullock. I have loved her since I first heard her perform Xavier Montsalvatge’s Canción de Cuna Para Dormir a un Negrito for the NYT’s In Performance series. I’ve seen her perform four times, over the past four seasons—most recently in Zauberland in Ann Arbor. I met her after the opera, and she is just as warm, radiant, and generous as her voice is.
Bullock is one of the most intentional artists I know of, and “her clarity with text, her taut strength, her burning commitment” is evident in every project, every performance, action, and note. In this article by Zachary Woolfe, she conveys an openness and vulnerability I’ve only before seen on stage.

4. Vulture: How to Unlearn Everything The literary canon, as with most canons, is predominantly white and male. The question posed to Asian Amerian writer Alexander Chee, “do you have any advice for writing about people who do not look like you?” seems naive in 2019. But, the writer explains, “the question is a Trojan horse, posing as reasonable artistic discourse when, in fact, many writers are not really asking for advice — they are asking if it is okay to find a way to continue as they have. They don’t want an answer; they want permission.”
Writing about anything that deviates from a white male narrative and gaze requires unlearning what you “think a story looks like,” stories that “are often not really stories — they are ways of performing their relationship to power.” It also requires wanting to know the answers to necessary questions: “Why do you want to write from this character’s point of view?” and “Why do you want to tell this story?” It requires the willingness to be wrong. I am perpetually envious of smokers, not because of the smell or wanting to fill my lungs with toxins. But because of the pause that taking a smoke break requires. I am envious that the “time spent smoking is not real time. Nothing else is happening. There is no progress. There is no trying to start something or complete something or even forget something.” I wish that, like Susanna Kaysen writes here, “once an hour, I [could] stop whatever I’m doing without making an excuse for stopping it, and go outside,” to be “with birds and trees, or with skyscrapers and trucks, or with rain, or with the sunset that is beginning, pink and streaky, over in the west.”
I don’t want to smoke, but, being an artist, I’m often surrounded by smokers, and there are many stoop conversations I miss out on simply by not partaking. I don’t want to smoke, but I want what smoking offers. I want its escape. I was once told by a smoker that the best and worst thing about smoking is wanting another cigarette. I guess I’ll just have to take her word for it. Every time I read about Condé Nast I’m always in awe of how much of the media it owns and controls. Condé always seems untouchable in the age of our unstable media, but it is “facing the same daunting challenges as the rest of the media business.” Only it has developed “‘a dignified state of panic’ as it belatedly adapted to low-margin, constantly pivoting digital realities, closed and sold titles.” Like any company nowadays, Condé recruited from the tech industry and hired Roger Lynch, former CEO of Pandora, to turn the conglomerate into a “21st-century media company,” of course with the help of Anna Wintour. I really hope it works. I love Bon Appetit.

7. The New Republic: After Deadspin This week Deadspin became the most recent victim of an ever-shrinking media landscape. Earlier this year, the private equity firm Great Hill Partners acquired the Gizmodo Media Group conglomerate, which includes Deadspin, Jezebel, Gizmodo, and rebranded it as G/O Media. Recently, Deadspin writers were told to “stick to sports” instead of dipping into political coverage as well. G/O media then fired the site’s interim editor-in-chief “for refusing to abide by that dictum” which prompted “a group of Deadspin staffers quit en masse in solidarity.” This editorial situation was not based on low readership or engagement, and is “so spectacularly stupid,” writes Alex Shephard, that “if there were any justice in the world, the site’s absurd decline, which could not better contrast the integrity and talent of Deadspin’s staffers on one side and the craven shit-eating of their corporate masters on the other, would serve as a wake-up call to the powers that be. Since there isn’t, it’s almost certainly a harbinger of much worse to come.”

8. The Ringer: “This Should Be a Wake-up Call to the Whole World”: Inside the Hong Kong Protests

As someone without much historical background of Hong Kong, and due to the media suppression of the ongoing protests, it has been hard for me to figure out what is going on. This article is the first I have read where I feel like I have a clear understanding of what is happening with the protests. Residents are protesting the extradition bill with mainland China, and the protest is based around five demands: the “full withdrawal of the extradition bill,” “a commission of inquiry into alleged police brutality,” “retracting the classification of protesters as ‘rioters,’” “amnesty for arrested protesters,” and “dual universal suffrage, meaning for both the Legislative Council and the Chief Executive.” The protest is not legal, and as Mr. Chen, one of the protestors quoted in the article, says, all the people of Hong Kong want “is freedom of speech and human rights.” 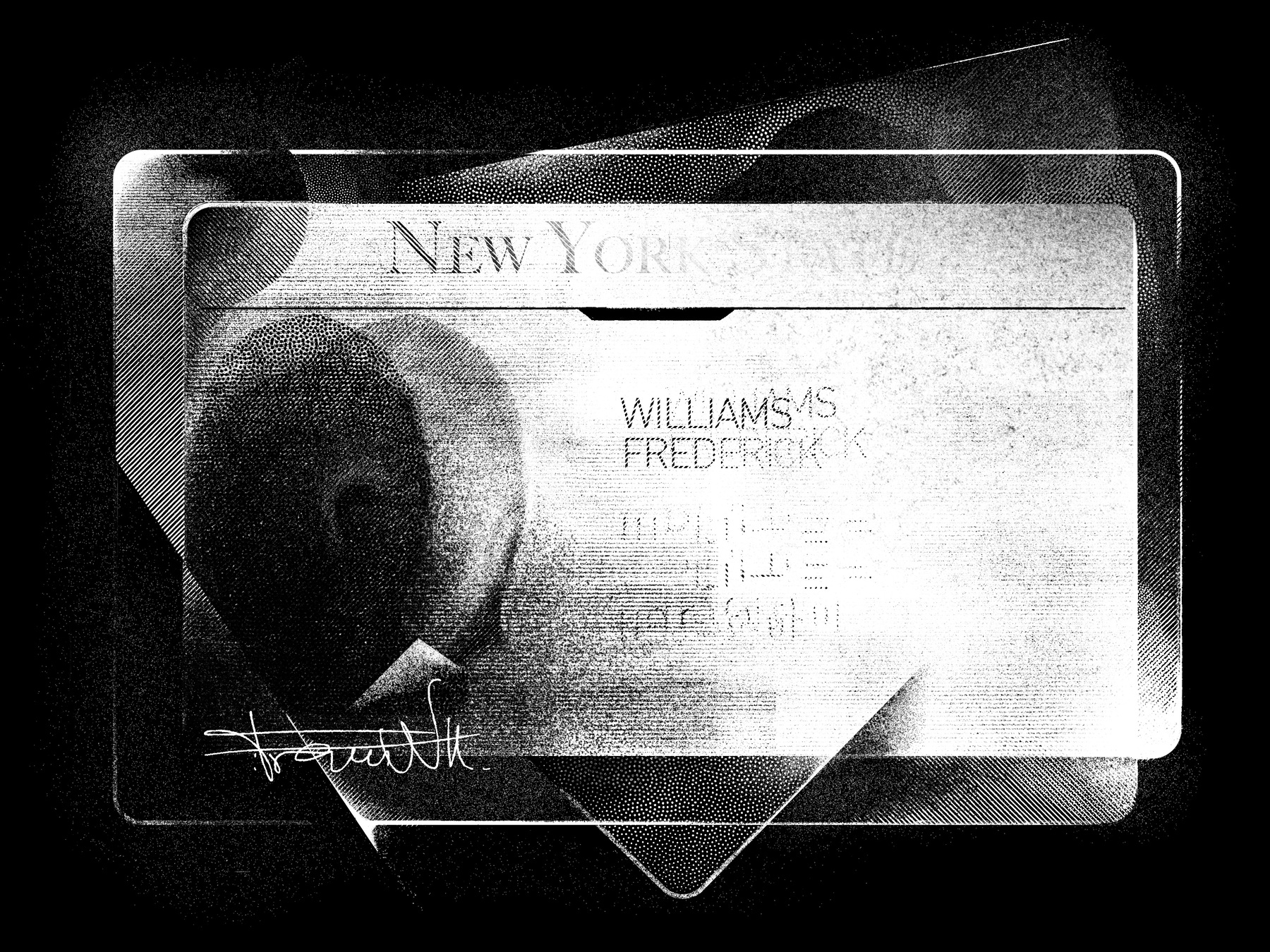 I don’t know how to summarize this story except that a family accidentally pulled the plug on someone that had been misidentified as their relative. Because his cause of death was listed as “blunt impact of head” it was ruled a homicide. When the body was sent to the medical examiner—per the law of any death ruled a homicide—the misidentification was discovered. The true identity of the victim was Raheme Perry. This is the story of his wife LaTonya’s search for the truth about her husband’s life, and the systematic cracks in the medical industry and the criminal justice system.

10. Outside: Cornhole Is a Pro Sport Now This article is WILD! I read it to my friend, who constantly stopped me to reread passages like “the conclusion of the international World Cup tournament, one event that’s part of the world championships, was shown live on ESPN8: The Ocho, which, to catch you up, was initially a parody created in the movie Dodgeball: A True Underdog Story. The Ocho became such a cultural phenomenon that the network decided to turn ESPN2 into the Ocho once a year in August,” and “[Cody] Henderson is one of the game’s best-known players, the Derek Jeter of cornhole,” or that Stacy Moore, the founder of the American Cornhole League, is “pinning his hopes on American soldiers, who he’s heard often pull out cornhole boards at bases in Germany and the Middle East. Perhaps the locals will catch on and spread it organically.” Honestly, there are a lot of gems in the article.
I’m not really sure, however, about our cultural obsession with the professionalization of everything, or Moore’s dream to make cornhole an Olympic sport. I think the game should remain in the domain of drunken tailgate activities. But hey, I guess all sports were “almost a sport” before they were a sport.